In New York City this year, Spring came and went like the proverbial Yellow Cab. As if impatient even with the weather, New York hurried the crisp, sunny, English breeze of Spring out of the way, in favour of the thickening, humid air of summer. Where New York in winter is almost devoid of smells, in the early days of summer the city bursts into olfactory life. As I make my morning commute from Williamsburg to the Bronx, early morning coffee and pastries waft into flower-filled window boxes on Bedford Avenue. On North 7th street I descend into the bleach/fruit-scented cleaning products and air conditioning of the subway. On the 4 train, we rocket past the sweaty throng of Union Square and Grand Central, and burst overground into summer sunshine at 161st Street, Yankee Stadium. Stepping off the subway and back into the close heat of the north Bronx, there are occasional clouds of vape and cigarette smoke, faint scents of always-decaying garbage, and the sweet tang of piragua – syrup-flavoured shaved ice sold by street vendors. Walking across the avenue, I’m always greeted warmly at Bronx High by NYPD school security staff idling by the airport-style metal detectors in the main foyer. Blistering sunshine recedes to shade inside the echoing, marbled corridors of the school’s main building, and I begin another of the last few remaining days of fieldwork before the school year is finally, and suddenly, over.
The change in seasons has brought with it even more evidence of the tensions of race and inequality that surge in American society. In April, Freddy Gray, a young black man from Baltimore, died as a result of injuries sustained in police custody. Protests and riots flooded the streets of Baltimore as the city’s populace registered their outcry at yet another example of police brutality against minority men.

In the incessant cycle of American news media, one could be forgiven for conflating this incident with numerous others occurring in the past weeks that have also raised questions about race and inequality. One such incident was the fatal shooting of Walter Scott, a black man in North Charleston, South Carolina. White police officer Michael Slager shot Scott 8 times as he ran away, unarmed. The scene was caught on camera by a passerby, leading to Slager’s indictment on murder charges and further demonstrations about race relations in the United States.
The Scott case led President Obama to make even more clear his position on race and inequality in the US and the need for institutional and structural change. It seems that as he draws closer to the end of his presidency, Obama feels more confident in making such statements, and to act on them. In May, for example, Obama and his entourage thundered over Bronx High in twin Chinook helicopters, landing in a swirl of dust on the playing field of Lehman College, located down the block. Obama was there to draw attention to the My Brother’s Keeper Alliance aimed at improving outcomes for boys and young men of colour – a cause that seems integral to Obama’s post-presidential career. This did nothing for students’ attention to the task at hand in AP English that afternoon, but it did register a clear commitment at the highest levels of government to issues of race, gender and inequality – and did so in a way that brought all these issues close to home in this Bronx neighbourhood.

Others including Hillary Clinton have also weighed in on the need for change. On a small-scale, in relation to the police this might involve officers wearing body-cameras; but on the large scale this means addressing issues of entrenched racism and poverty – something that is already driving the rhetoric of announced candidates in the run-up to the presidential elections in 2016.

Across the pond, of course, the failings of the UK’s outdated electoral system have ensured another five years of austerity-driven Conservative government. For us back in the UK, it seems, questions about the profound inequity of our society have been quickly muffled post-election by calls for a positive psychological approach to our socio-economic woes. Aspiration remains centre-stage for the new Conservative government; but those who experience the sharp end of the austerity spear (namely, disadvantaged, marginalised young people) are increasingly being blamed, and even pathologised, for the hopelessness that their ‘entrenched worklessness’ engenders. In the coming year it will be interesting to find out how these seemingly contrasting sentiments are reconciled and articulated by students making their way towards the end of secondary education and into the brave new world beyond.

Issues of aspiration and inequality continue to emerge on a daily basis in the lives of seniors at Bronx High. As we enter their final week of high school (at least, for those who will graduate), the reality of what will come next is increasingly stark. Some already have places confirmed and scholarships won to attend local community colleges, and for these students the next step begins in just a few weeks. For those on financial aid, CUNY colleges provide a suite of preparation classes aimed at getting students ready for entering the mainstream of college life. This speaks to the ongoing issues that students from local NYC public schools have with success at college: all arrive with high school diplomas, but many lack the skills that these diplomas are supposed to represent. This means that students need to take different remedial pathways through college in order to stand a better chance of succeeding in the long run. In this final week of high school, few are fully aware of the challenges that will emerge in this sense in the year to come. Many students will commute to college in the city from the parental home, meaning that life will slowly transition from high school. Others will be leaving the teaming busyness of their Bronx neighbourhoods for leafy campuses upstate – a prospect that is at once exciting and scary, not least because it will be the first time that some black and latino students will experience ‘being a minority’ first-hand. Living in a predominantly black and latino for their whole lives, some talk about the added challenge of having to deal with ‘casual’ racism as part of the college experience. 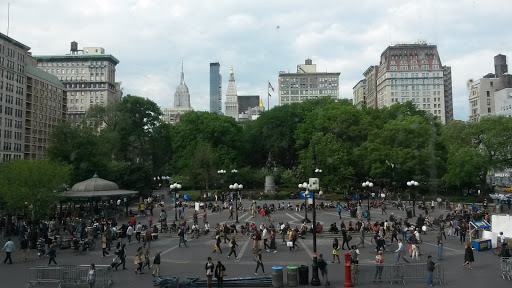 Some are excited about the exceptional future prospects that they have secured through years of hard work, application and finally acceptance to private university with ‘full rides’ for funding. Others simply won’t be making it to college this Fall, even if they still maintain and fully believe that this is what is going to happen. Perhaps one of the most compelling and complex aspects of this research is the process through which students are capable of maintaining narratives of the future that are only loosely connected to the realities of the present. These are not ‘fantasy’ imaginings of a future of celebrity and wealth, but simpler imaginings of an impending future at college alongside the reality that they do not have the grades to graduate; or that they failed to pay application fees; or that they applied too late for courses; or that their parents will not allow them to go to a far away college; or that they are just not fast enough to win a track scholarship. Somehow these competing narratives of the future do not cancel one another out, and students maintain them concurrently right until the end. ‘Summer school’ is a dread term at Bronx High at the moment, and when it is uttered, some students finally realise that they won’t be donning caps and gowns at the end of this month with their contemporaries. It is an immediate cure to ‘senioritis’ (the slow slacking-off that comes at towards the end of senior year), but it comes too late for some.
For the most part, however, Bronx High is filled with the excitement of end of year. Last week, the International Fair led groups of Jamaican students and students from the Dominican Republic to scream and dance for their representatives up on stage in the school auditorium. Yesterday, year books were distributed and seniors began the symbolic process of saying good-bye to high school. Last Wednesday, most took the day off school to prepare for Prom, with all its ritual signifiers of early transitions into adulthood.
As a researcher, this is a poignant time to reflect on the many people who have been kind enough to share their lives with me over this year, and of the mounting pile of data that I have been lucky enough to gather in order to capture this process of ‘coming of age’. With just a few final interviews to do, the first phase of this project is nearly complete. But I have a feeling that this is only just the beginning of a much longer story that could last long into the future – the imagined future, that is – as these young people begin to navigate the uncertain path into early adulthood, and beyond.